A series of 12 works containing the most commonly encountered words of courtesy in the Japanese language. Some are directly translatable to English while others are deeply entrenched in the culture and refer to sentiments that are experienced firsthand rather than explained. Because expressions are more relatable than words: hands, lips, or eyes were printed on the back of the paper and only appear when the artwork is backlit. The illumination completes the meanings of the words printed in hiragana script on the front. 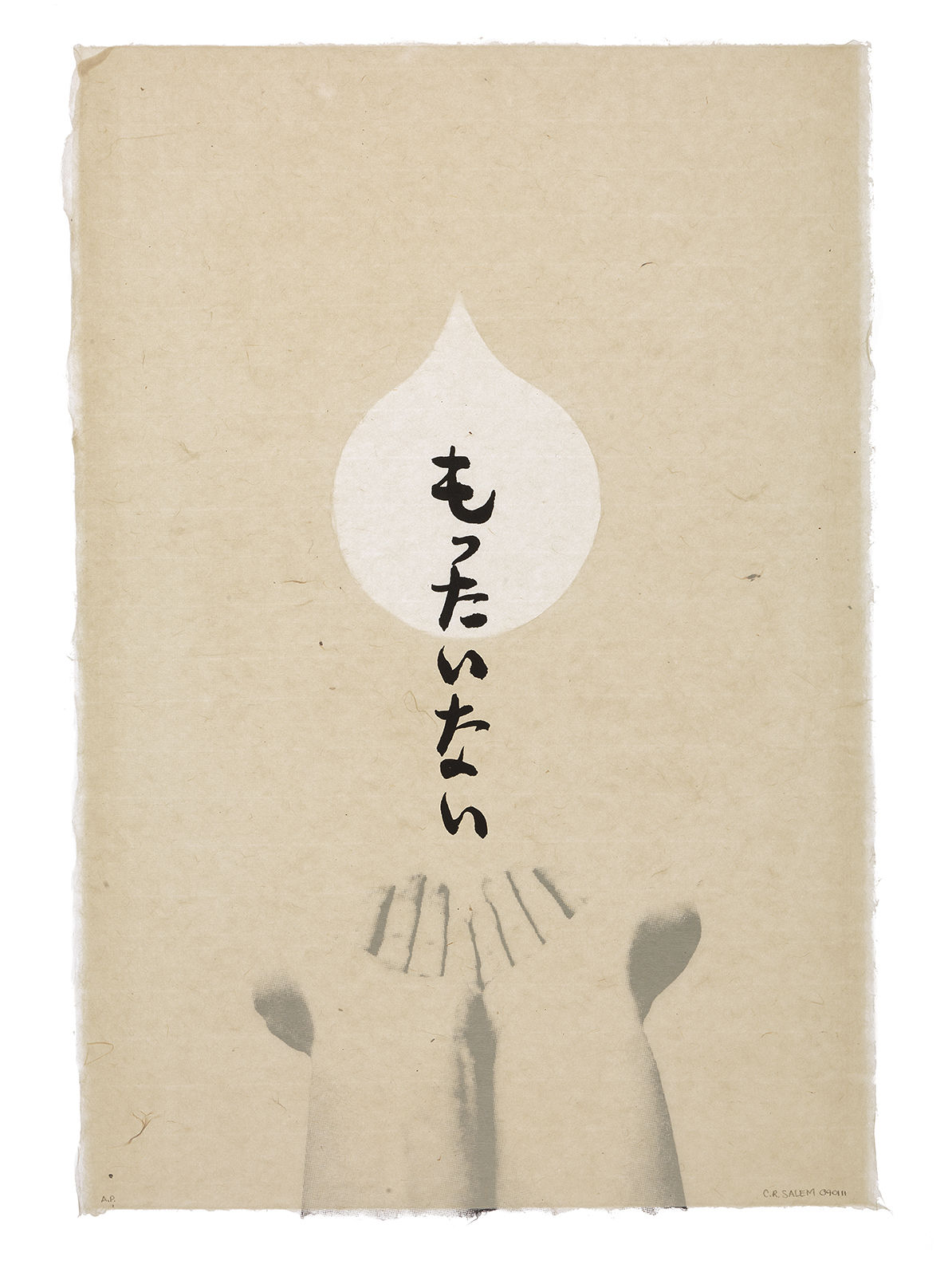