I was once asked to write the word for love in my mother toungue as part of an event to celebrate the life of a samurai called Naoe Kanetsugu (16th/17th century). He lived in the Echigo province of Japan, where I spent the first four years. He was known to have fought with the ideogram for love carved out on his helmet. After writing the word for love in Arabic, I later chose to connect it asymmetrically while printing it in reversible spatial surface orders and in several colors and shades - opening it up for interpretation. 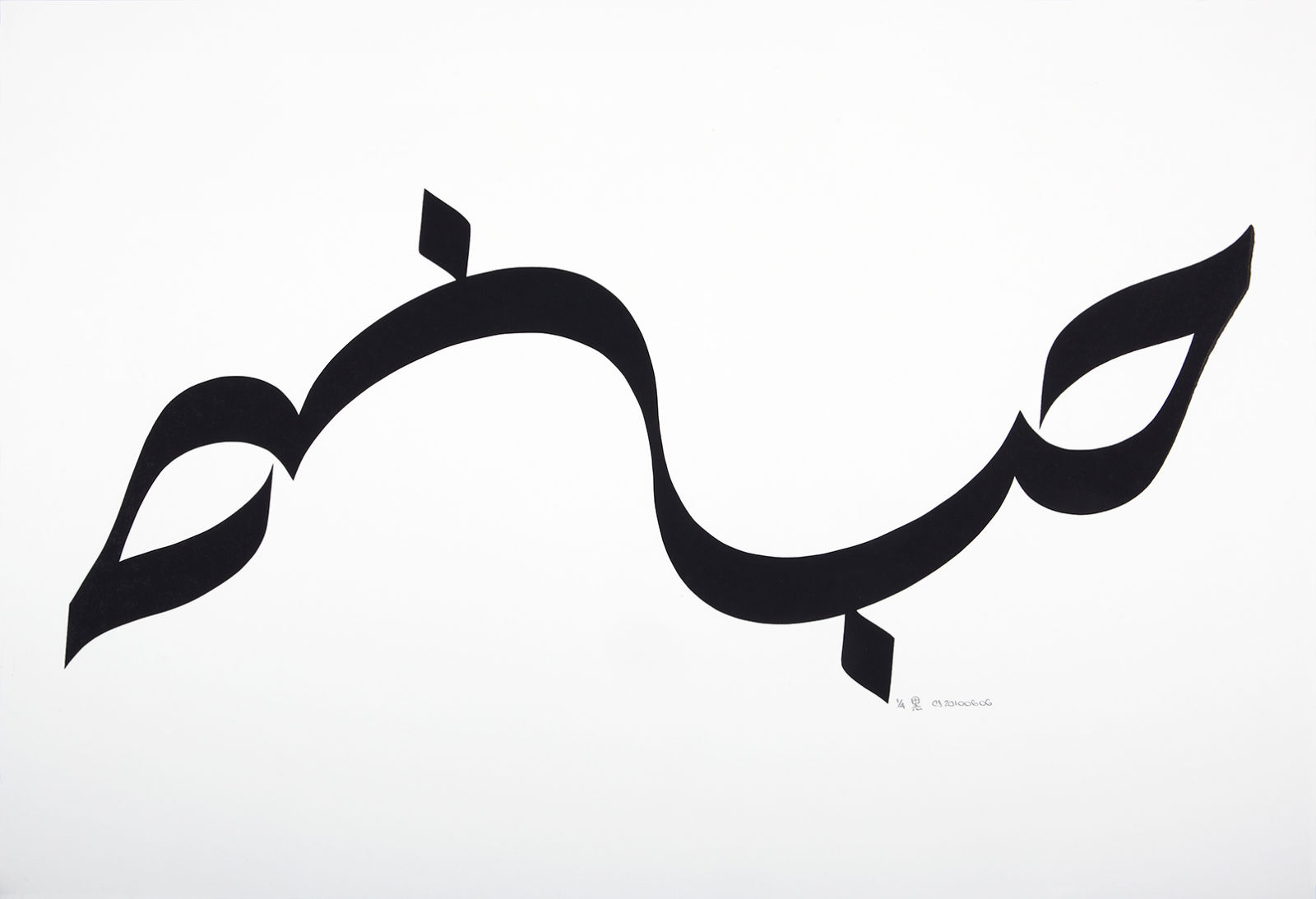