This series started with an obsession to create works entirely derived from the tree. My printmaking works are focused on self-made paper as a primary medium. This artwork was seven years in the making. In 2011, while I was living in Japan, a tsunami disaster hit the northern coast of Honshu. The communal response to the emptiness left afterwards was colossal: a structured wave of solace to those whose sense of loss was quasi-insurmountable. One single tree remained untouched, standing in the devastated city of Fukushima. My final PhD exhibition consisted of a series of watermarked, handmade washi with pigment derived from the tree (urushi) impressed to suggest a printed dialogue. Thoughts that had occurred in my mind were registered in Arabic, my mother tongue, and Japanese. The artwork shown here is part of an exhibit, in 2012, that I had entirely derived from trees. I used light and shadow to express ideas of cross-cultural silence. 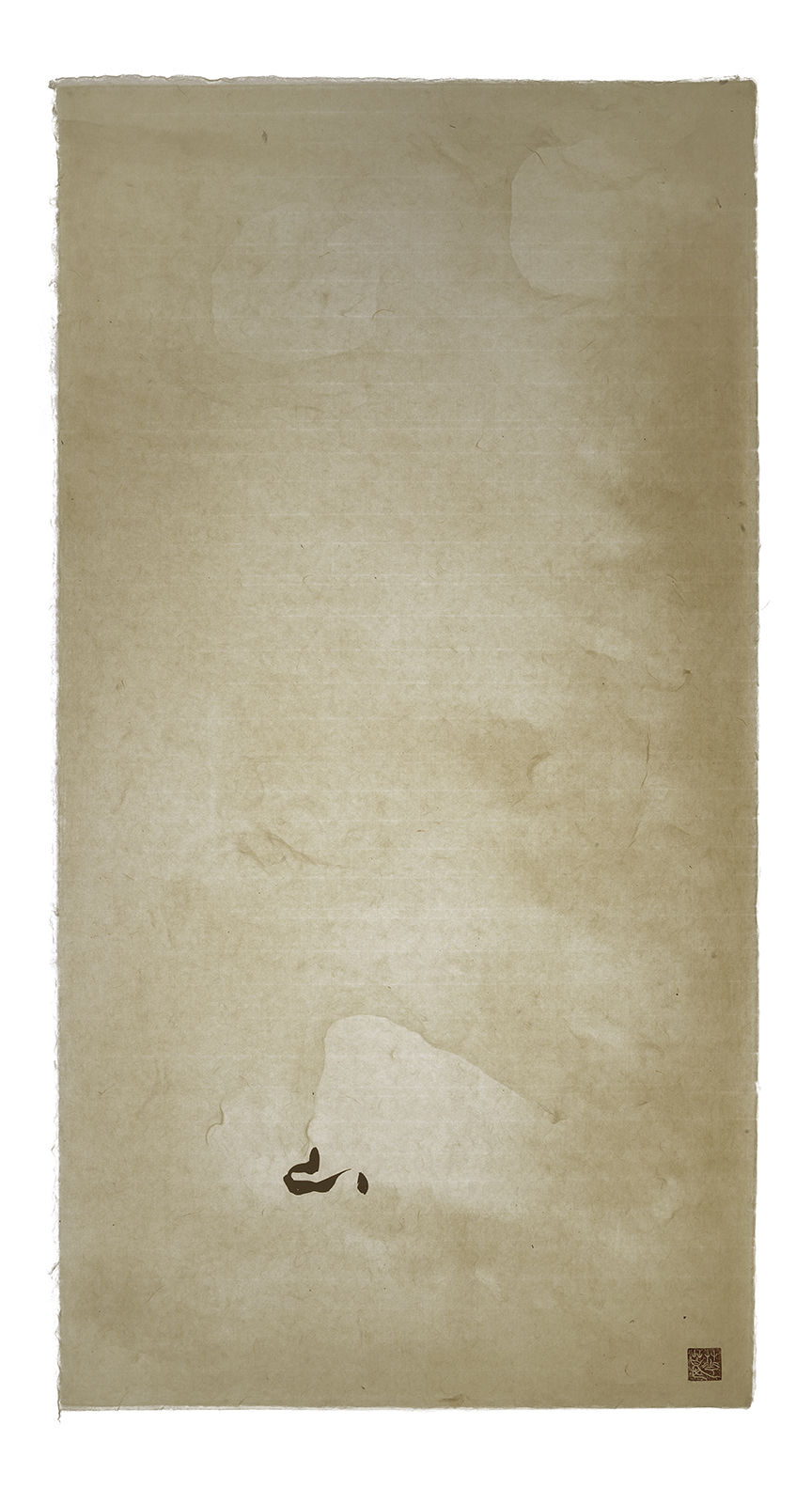